Hosted by the brilliant 6-time Grammy Award nominee herself, Bettye  joined  our Gary Bergeson and some of her closest musical friends for this special feature.   There were fascinating behind-the-scenes looks at recording sessions, shared triumphs and frustrations.  The hour was filled with laughter, love and great music.  If you missed any of the shows please go to our QT Interviews link to hear the feature.

Guests that joined us included:

Patterson Hood -  of the Drive-By Truckers

In addition to her six Grammy Award nominations, Bettye is a member of the Blues Hall of Fame, performed at the Kennedy Center Honors and at President Barrack Obamas Inauguration and has received countless other awards.

New shows are offered on Friday evenings and an encore presentation is presented on Tuesday evenings at 7:00pm Eastern.

Jazz Variations is powered by the sun.
Click here to find out more. 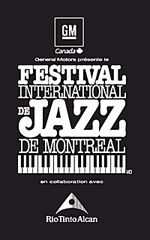 Illustrations by DC Langer
All other material
Copyright Jazz Variations